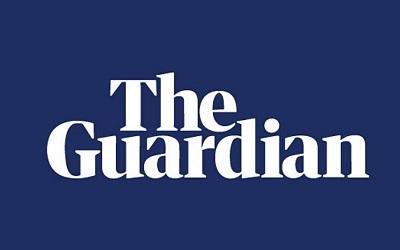 An Iranian protest anthem that has become the soundtrack to the national uprising was again thrust into the international spotlight over the weekend when Coldplay performed a cover and broadcast it live around the world.

The British band played the song, Baraye, in Buenos Aires, Argentina, on Friday and Saturday night at the start of their world tour, with the exiled Iranian actor Golshifteh Farahani on stage and singing in Farsi.

Friday’s concert was streamed via satellite to cinemas in 81 countries, although not in Iran, where playing or singing the song could lead to arrest.

Baraye, which means “For …” or “Because of …”, was written by one of Iran’s most popular musicians, Shervin Hajipour, with verses taken from 31 messages that citizens had posted online sharing their individual misery, pain and grief.

Hajipour sings lyrics including “for dancing in the streets”, “for every time we were afraid to kiss our lovers” and “for women, life and freedom” – a chant used frequently at protests.

Days after the song was released and went viral, the 25-year-old was arrested and his song deleted from Instagram. He has since been released on bail but has gone silent.

However, his music had been widely shared, with other videos showing Baraye being sung by Iranian schoolgirls, blaring from car windows in Tehran and playing at solidarity protests around the world. It has received tens of thousands of submissions for a Grammy award that honours music dedicated to social change.

Iran has been gripped by protests since the death in custody on 16 September of Mahsa Amini, a 22-year-old of Kurdish origin who was arrested in Tehran by the “morality police” over her headscarf. Amini was allegedly beaten, taken to hospital in a coma and later died.

Since then, protests led by women have been met with violence by authorities, with at least 270 people dead and 14,000 arrested, according to the group Human Rights Activists in Iran.

Now in their seventh week, the rallies have become a full-blown student uprising against the regime that shows no sign of ending.

At Saturday’s concert, Coldplay’s lead singer Chris Martin told the audience that in Iran “young women and young people are fighting for their freedom, for the right to be themselves”.

After inviting Farahani on stage, he told fans: “You may not know this song but we’ve got to give it everything because we’re going to send this with love from here to Iran.”

During the performance, Hajipour’s original video of him singing the song was broadcast above the stage.

Footage of the concert has been widely shared by Iranians on social media, although government restrictions on the internet make it difficult to verify accounts inside the country.