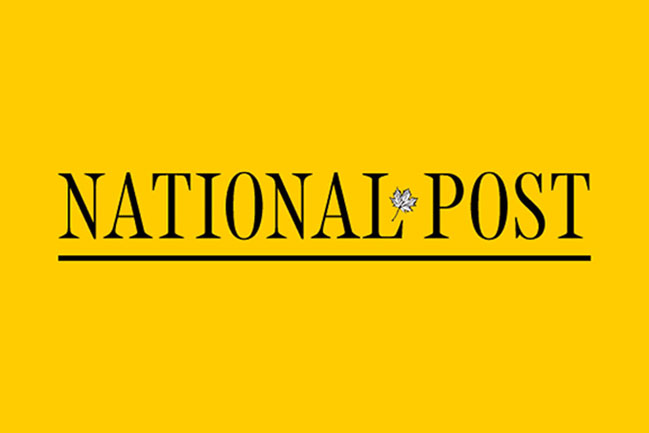 Iranian ex-patriates and human-rights groups are voicing outrage after evidence emerged that Canada had issued a visitor visa to a former Tehran police chief linked to various human-rights abuses.

The ex-chief was photographed at a gym in Richmond Hill, Ont., near Toronto, and later told a European-based Iranian journalist the visit to see his daughter was a private matter and no one else’s business.

Talaei is best known for launching a special unit to crack down on women wearing supposedly un-Islamic dress, aggressively quelling protests and spearheading an operation to seize TV satellite dishes used to bring in Western programming.

Before becoming police chief, he was an officer in the Islamic Revolutionary Guard Corps (IRGC), the politicized military force that shot down an airliner packed with Canadians in 2020 – accidentally according to Iran.

Canada should not be offering a safe haven and “impunity abroad” to individuals like Talaei, said a coalition of Iranian rights groups in an open letter to the federal government last week. The organizations urged Ottawa instead to impose sanctions on such officials under its “Magnitsky” law for punishing foreign rights violators.

“Allowing Morteza Talaei to freely enter Canada sends a dangerous message, a message that is an affront to Iranians who have themselves sought refuge in Canada,” the letter said. “Human rights violators must not be included in the Prime Minister’s ‘everyone is welcome’ campaign.”

Swiss-based Iranian journalist Abdollah Abdi, who broke the story after a viewer sent him video from the gym about two months ago, said he was baffled by this country’s decision.

“I have a lot of questions for (Prime Minister) Justin Trudeau,” he said. “This is a scandal…. It threatens Canada’s security when you permit someone like this to enter the country.”

Critics contrasted Talaei’s visit to the experience of some other Iranians who have tried and failed to get into Canada recently.

The brother of a passenger killed in the shooting down of Ukraine International Airlines Flight 752 was refused a visa to attend ceremonies marking the disaster’s two-year anniversary last month, said Hamed Esmaeilion, president of an association of victims’ relatives.

The brother of Neda Agha-Soltan, the young woman whose videotaped shooting by a government militia member drew international attention to the 2009 Green movement demonstrations in Tehran, says he and his sister Hoda were also denied entry to Canada.

“Over the years, the Canadian government has easily granted visas to countless (Iranian) human-rights violators … while my family was not granted visas as victims of this government,” Mohammad Agha-Soltan said in a statement to the National Post. “This is a great shame.”

He’s not alone in his anger. When Iranian-American journalist Masih Alinejad reposted the gym video, it was viewed more than 1.8 million times and triggered almost 9,000 comments.

“It made Iranian people furious,” Alinejad said. “I really want Canadians to do an investigation about how he got a visa.”

Jeffrey MacDonald, an Immigration Refugees and Citizenship Canada spokesman, said the department couldn’t comment on the case because of privacy laws.

But he said “security screening and risk assessment” are an important part of determining whether someone is admissible to Canada on national-security grounds.

It’s unclear if Talaei had anything directly to do with the detention or death in custody of Kazemi — who had been photographing relatives of arrested demonstrators outside a prison — but he was certainly an integral part of the city’s law-enforcement system at the time, said Alinejad.

Other acts are well documented. He spearheaded formation of a new unit of the Tehran police in 2006 that deployed 50 cruisers around the city to enforce the country’s strict dress code for women, as well as rules against owning dogs.

“In our campaign, we will confront women showing their bare legs in short pants,” Al Jazeera news outlet quoted Talaei as saying at the time. “We are also going to combat women wearing skimpy headscarves, short and form-fitting coats and the ones walking pets in parks and streets.”

That background as a morality enforcer prompted social media critics to call him a hypocrite, noting the gym video shows unveiled women working out near him.

As chief, Talaei also backed a push to remove satellite dishes from private homes, deemed illegal by the regime, a report by the U.K.’s Border and Immigration Agency notes. Many citizens used the dishes to beam in Western TV programming.

And journalists Masih and Abdi say he was part of the police force when protests instigated by students at Tehran University in 1999 were suppressed violently by authorities.

After retiring as police chief in 2006, Talaei (whose name is sometimes also transliterated as Talai) was elected to city council, and even then was involved in controversial policies. He had a heated exchange with a female journalist in 2014 — saying the reporter was “compromising her dignity” — as he defended new rules on the role of women in the city government. The policy separated the offices of men and women and limited female access to managerial and clerical positions, according to the Center for Human Rights in Iran.

Abdi said he received the video of the scene at Richmond Hill’s Movati Athletic from an audience member and later contacted Talaei directly. The former policeman declined to answer how he had obtained a visa to enter Canada, said the journalist, and chastised the reporter for interfering in his private affairs.

“Why should individuals’ personal issues be dealt with in the media space?” Talaei asked Abdi in a part of the interview aired by the BBC’s Persian-language service. “Why should I come to the media and say which trip I have gone to or not?

Abdi said Talaei also made veiled threats, accused him of being a member of the anti-Tehran Mujahedin-e-Khalq, once listed by Canada as a terrorist group, and revealed that he knew who his parents were and where they live in Iran.

Esmaeilion, who lost his wife and daughter in the Flight PS752 shoot-down, said he hoped to raise the incident with Immigration Minister Sean Fraser. The gym where Talaei was spotted is actually close to his home.

“We don’t feel safe here,” he said, “when the IRGC commanders and their families come freely to Canada.”