Fire at Iranian prison renews pressure for US prisoner release 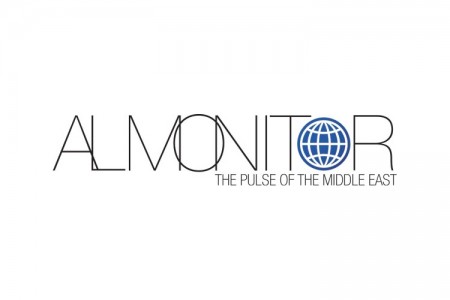 The families of US citizens detained by Iran are urging the Biden administration to move quickly to secure the release of their loved ones after a deadly fire over the weekend engulfed the notorious prison facility that is holding them.

A massive fire erupted late Saturday at Evin Prison, where hundreds of protesters have been sent after more than a month of anti-government demonstrations across Iran. The sound of gunshots and explosions could be heard as the fire ripped through the prison wing that houses inmates convicted of financial crimes, who Iranian state media outlets accused of setting fire to a sewing workshop.

The blaze raged for several hours and killed at least eight people before it was brought under control, Iran’s judiciary said Monday.

Located in northern Tehran, the sprawling Evin Prison complex is believed to hold thousands of inmates, including foreign nationals used by Iran to extract concessions from the West. Among them are Iranian-American citizens Siamak Namazi and Emad Shargi, both of whom were convicted of espionage charges that the United States rejects as baseless.

In Washington, Neda Shargi received a short phone call from her brother Emad shortly after the fire broke out Saturday.

“He said, ‘We’re just staying put in our room. Tell everyone I love them. I hope to talk to you later,’” Shargi recalled. “I heard what I now know are gunshots. … It was obvious that he was in the middle of something chaotic.”

Shargi has since been moved to Ward 2A, the prison wing run by Iran’s Islamic Revolutionary Guard Corps (IRGC), where he was interrogated for eight months following his 2018 arrest.

Shargi’s latest ordeal is a reminder that time is of the essence to bring the detainees home, Neda Shargi said.

“I don’t believe that the Biden administration quite understands the need for urgency,” Shargi said. “At any moment, my brother and the other hostages might die.”

Washington and Tehran have held indirect talks over a possible prisoner exchange, which both sides insist are not tied to the stalled negotiations aimed at reaching a deal to curb Iran’s nuclear capabilities. Iran refuses to negotiate directly with the United States, so the administration of President Joe Biden has relied on interlocutors including Oman and Switzerland.

Asked about the prisoners’ conditions on Monday, State Department deputy spokesperson Vedant Patel told reporters that the administration would “continue to work with other countries, many of whom also have detained citizens at Evin, to remind Iran of its responsibility for the safety of our detained citizens.”

Also held at Evin Prison is Shahab Dalili, a permanent US resident convicted of “aiding and abetting” the United States. Morad Tahbaz, a conservationist who holds American and British citizenship, was released on furlough in July after more than four years in detention.

Namazi, who at seven years is the longest-held American in Iran, was forced to return to prison last week following a brief furlough. His father Baquer Namazi, a US citizen detained in Iran for more than six years —  first in prison and then under house arrest — was permitted to leave the country earlier this month.

The Namazi family’s pro bono lawyer Jared Genser told Al-Monitor that Siamak Namazi was unharmed by the fire and was able to make two short phone calls to his family on Sunday. But in a worrisome development, Iranian authorities have inexplicably moved Namazi to solitary confinement in the IRGC-controlled Ward 2A.

“I would hope that this scared President Biden and senior Biden administration officials because literally two American hostages could have died on Saturday night,” Genser said. “What happened in Evin Prison should prompt a dramatic reevaluation of the approaches being undertaken, and whatever they’re doing needs to be fast-tracked.”

The fire on Saturday came as the nationwide protests sparked by the death in police custody of 22-year-old Mahsa Amini entered their fifth week. As Iran’s security forces widen their crackdown on protesters, the prison population at Evin has swelled.

More than 7,800 people have been arrested across 114 cities and towns since Sept. 17, the Iranian activist news agency HRANA reported on Saturday. Among them are a number of European nationals jailed in connection with the protests.

Hadi Ghaemi, executive director of the New York-based Center for Human Rights in Iran, said Evin Prison is using its common spaces to house the influx of inmates.

“No prisoner is safe in Iran,” Ghaemi said. The fire “shows that the Islamic Republic is quite capable of creating a situation where they risk a serious loss of life of political prisoners.”