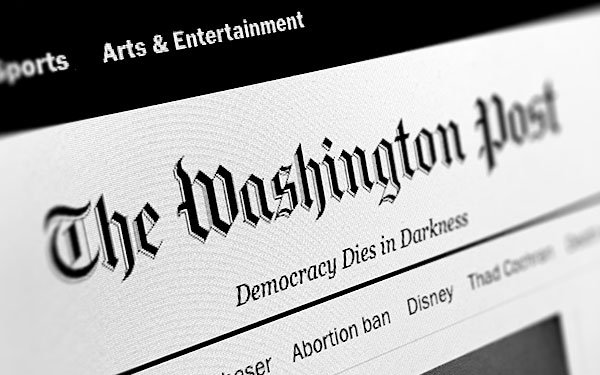 Residents in southwestern Iran have held large protests for nearly a week, denouncing the country’s leadership amid severe water shortages in the region, according to activists and video footage. At least two people have been killed in the unrest.

The protests, in oil-rich Khuzestan province along the border with Iraq, appear to have rattled the government, which has been accused of responding with a heavy hand as it looks to prevent the demonstrations from spreading to other parts of the country.

Videos shared on social media show hundreds of people marching in Ahvaz, the provincial capital, and other cities. The videos could not be independently verified. They show riot police using tear gas to break up demonstrations, and in at least one video there are sounds of gunfire and a witness saying that security forces were firing on protesters.

The unrest comes during a delicate political transition in Iran and at a moment when the government is wrestling with overlapping crises: an unrelenting coronavirus outbreak, economic woes compounded by U.S. sanctions and widespread power outages that have set off other protests. In recent weeks, there have also been waves of labor unrest, including strikes by oil workers.

The challenges will test Iran’s incoming president, Ebrahim Raisi, who will assume office next month. Raisi was the winner of an election marked by voter apathy and allegations that the ruling clergy stacked the contest in favor of the hard-line cleric and former judiciary head.

Authorities have blamed the outages on soaring temperatures, unusually high consumer consumption of water and electricity, and Iran’s worst drought in decades, which the government says has halted hydroelectric power generation. Rolling blackouts, frequent in the summer, have also hit the capital, Tehran.

Outgoing president Hassan Rouhani issued a rare apology this month for the outages. Officials have said they are providing emergency aid to Khuzestan, including water tankers.

Earlier this week, Rouhani said Iran was facing its worst drought in 50 years, an “unprecedented” event due to a 52 percent decline in rainfall this year, the state-run Islamic Republic News Agency reported.

About 90 percent of Iran’s overall water resources go toward the agriculture sector, which is beset by draining groundwater after the depletion of surface-level sources. Adding to the pressures, regional increases in temperatures attributed to global warming have led to more-extreme droughts, dust storms and other climate-related crises.

The water shortages have been especially severe in southwestern Iran, an agricultural area where more than 80 percent of the country’s oil reserves are held but where poverty is widespread and long-standing complaints of discrimination and official neglect have sparked frequents bouts of unrest.

Most of Iran’s ethnic Arab minority lives in the region. Major protests took place in Khuzestan during weeks of anti-government unrest in November 2019 that security forces violently suppressed.

The water shortages, blamed on climate change, dam-building that has dried out rivers and government mismanagement, have worsened in recent years. Protests over shortages in Khuzestan also broke out in 2017 and 2018.

Some Iranian environmental scientists have criticized officials’ emphasis on climate change, saying it is a way for the country’s leadership to deflect responsibility.

If you are a policymaker in the developing world, or like in the Middle East, it is best to blame everything on climate change because then you can say: ‘This was caused by climate change. I had no role in it. I could not have done anything to help it,’ ” Kaveh Madani, an environmental scientist and former deputy head of Iran’s Department of Environment who lives in exile, said in a lecture at Utah State University in 2019.

“Climate change is definitely a catalyst,” he said. “Extreme events would be catalysts. We also have this situation of political instability, sanctions and all these things. They definitely contribute to the problem.

The damage is already irreversible,” he added, accusing Iranian policymakers of trying to mitigate the issue rather than initiating adaptive measures.

The most recent wave of demonstrations began July 15 and spread to other parts of Khuzestan, according to the Human Rights Activists News Agency, or HRANA, which tracks the protests. Another group, the Center for Human Rights in Iran, said that at least three protesters had been killed, in circumstances that remained unclear.

The government has acknowledged two deaths, saying a “passerby” and a police officer were killed by “rioters,” according to state media outlets. There were reports that authorities had blocked Internet access through cellphone networks in some parts of Khuzestan, including Ahvaz, possibly to prevent the organizing of protests and dissemination of videos showing the unrest, according to HRANA. But word had already spread.

In Tehran on Tuesday, a small group of activists and mothers of people killed in previous protests held a gathering in solidarity with the Khuzestan demonstrators in front of the Interior Ministry, according to videos posted by the activists. Several were arrested and later released, including leading human rights advocate Narges Mohammadi.

“No political, security, military or law enforcement organization has the right to confront the people’s protests with violence, weapons or bullets with the excuse of countering chaos,” Khatami said on Twitter.