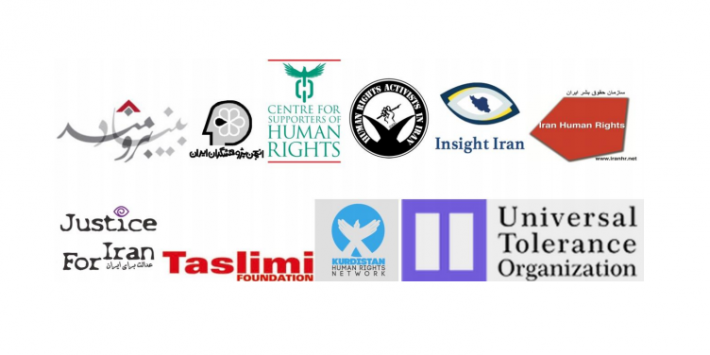 We, the undersigned human rights and civil society organizations, wish to express our deep concern over the human rights violations against the Bahá’í community occurring in the Islamic Republic of Iran. Specifically, we would like to draw your attention to the   situation of thirty two members of the Bahá’í community in the province of Golestan who have recently been sentenced to a collective 238 years in prison for practicing their religion. This has been the biggest mass arrest of Baha’is in Iran in the last ten years and the amount of torture and abuse they have suffered from has been extremely severe compared to similar cases. While eight of them HAVE already started serving their long-term imprisonment, the Court of Appeal is due to consider the cases of the other twenty four on June 15, 2016.

In the period between October 2012 and January 2014, these thirty two private individuals were arrested by agents of the Ministry of Intelligence in several cities in the Golestan province in Northern Iran. The security forces then subjected these individuals to physical and mental abuse in detention, amounting to degrading and inhuman treatment and torture, in order to extract false confessions from the detainees to charges against national security.

We have specific and detailed accounts of what occurred during their detention at the hands of the State.. For instance, Mr. Behnam Hassani was bound at the wrists and hung from the ceiling such that his feet could not touch the ground, causing tremendous agony and being relieved only when he was dismounted for severe physical beatings. Ms. Pouneh Sana’i was forced to stand on one foot while holding a chair above her head as she was beaten intermittently over the course of a full day. Ms. Shima Ghodusi was blindfolded and beaten in the head with a book. Ms. Hana Aghighian was kicked continuously beaten during her interrogation, and her interrogator stuffed the interrogation sheet in her mouth. When she protested against her treatment, she was told by the officer that ‘any treatment of Bahá’ís is permissible’. The detainees were also subjected to verbal abuse, including threats of physical and sexual violence and threats against their children and family members. This included threats that their family members would be framed for narcotics offenses and sentenced to death.

On November 29, 2012, after the first twelve detainees were released on bail, they filed a formal complaint regarding their treatment in detention to the Head of the Judicial District, Judge. Fazelian. In response to this complaint, the released detainees received a standard issue response from Judge Fazelian regarding further investigation. Despite this, no measures were taken to hold the detaining officers accountable for their actions. Furthermore, the false confessions extracted under pain of torture were validated by the trial judge, Judge Moghiseh of Branch 28 of the Revolutionary Court of Tehran. Following an eight minute trial hearing, Judge Moghiseh rendered his verdict on April 24, 2013, sentencing eight of the Bahá’ís to 5 to 10 years in prison. These individuals are now serving their sentences at the Rajaei-Shahr Prison near Tehran, Iran.

In separate but related trials held between December 2014 and December 2015, Branch 2 of the Revolutionary Court of Gorgan tried a further twenty four Bahá’ís in groups of four. In a verdict dated January 27, 2016, Judge Ghanbari sentenced them to 6 to 11 years in prison each, totalling 193 years of prison time, for charges including ‘propaganda for the Bahá’í faith and against the Islamic Republic through membership in an illegal organization,’ and ‘collaboration with hostile states to promote the sectarian, anti-Islam and anti-Shia objectives of imperialist states’. The convicted individuals have already appealed against the decision to the Court of Appeal in Gorgan which is to be considered on June 15, 2016. Amongst them are parents whose children will be abandoned if the appeal is rejected.

We submit that all of the detained individuals in these cases were denied their basic human rights and freedoms from the moment of their arrest. They were subjected to torture in detention, forced to sign false confessions, denied access to their legal representation at the pre-trial stage, and as a result, they were indisputably denied the right to a fair trial. Their formal complaints about their treatment in detention were not properly investigated and crucially, their convictions were not based on proper evidence or reasonable conclusions but rather on confessions obtained under duress and pain of torture.

The right to a fair trial and the right to freedom from torture are established principles both under the International Covenant on Civil and Political Rights, that has been ratified by Iran, and under Iranian domestic laws, including the IRI Constitution (Articles 38 and 39), the Citizens’ Rights Law (Sections 1-14), and the Islamic Penal Code (Article 169, and article 578 of Book Five). The decisions rendered by the courts in these cases violate these international standards and domestic laws, as well as the Iranian Constitution, and criminalize the day to day existence of these private citizens by creating a false narrative that the practice of their faith constitutes an action against Islam and the State.

Our organisations are deeply alarmed by the verdicts in these mass trials and are concerned that justice will not be served in the Court of Appeal which will take the case into consideration on June 15, leaving these Bahá’ís to serve their lengthy and unconscionable sentences in prison.

We therefore urge you, as a matter of urgency, to call on the authorities of the Islamic Republic of Iran to:

We thank you for your attention to these pressing issues and are available to provide you with further information as required.