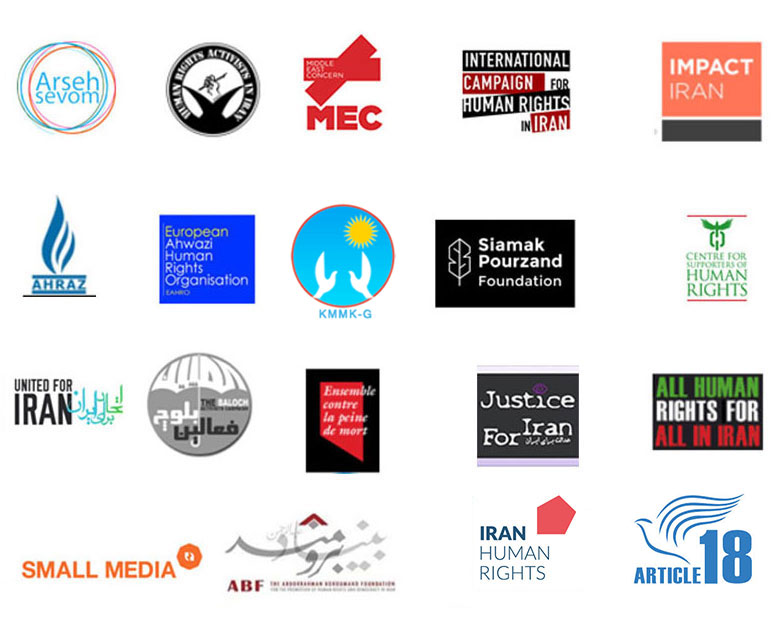 A group of 19 human rights organizations call the international community and United Nations bodies to protect the rights of Christians in the Islamic Republic of Iran.

In the summer of 2016, Iranian authorities increased their persecution of Christians, honing in on converts from a Muslim-background.

Between May and August 2016, in locations across Iran, security forces arrested a total of 79 Christians, according to informed sources, family members, and friends. The majority of those arrested were interrogated and detained for periods ranging from a few days to months. At the time of writing, some of these 79 Christians remain in detention and have still not been formally charged. Rights groups believe the true number of Christians apprehended by the authorities could be notably higher, as many arrests would have gone unreported.

In 2012, the Iranian government instituted polices to bar converts from Muslim backgrounds from attending services in official churches. Instead, Christian converts are forced to gather in informal groups known as “house churches”. These gatherings are considered illegal by authorities and are often raided. In August 2016 alone, security agents allegedly raided at least four house churches and house church members were arrested and interrogated.

The individuals responsible for house churches often face charges of “acting against national security through the establishment of house churches”. A group of four converts from Rasht were arrested in May 2016 and charged with “acting against national security.” A verdict is still pending from their hearing on 15 October 2016. Three of these men also faced charges of drinking communion wine and are appealing their sentences of 80 lashes each. Many others of those recently arrested are still waiting to know what charges will be brought against them.

Iranian authorities have put pressure on Christian leaders to emigrate, either through direct threats or through intentional harassment. Some church leaders have reportedly been told during interrogation that they will face 5 to 10 years in prison unless they leave the country. In other instances, Christians have said that harassment has taken the form of a daily summons to security offices for questioning, confiscation of documents such as identity cards to prevent the victim from buying or selling property or cars or forcing the Christians out of their jobs.

This pattern of treatment of Iranian Christians and converts violates Iran’s constitutional and international legal obligations. Article 14 of the Islamic Republic’s constitution contains provisions, which uphold basic religious rights for some non-Muslims including Christians, Jews, and Zoroastrians. Article 19 also enshrines the principle of non-discrimination and article 23 prohibits authorities from investigating a person’s belief or taking action against someone solely on account of his or her beliefs.

As a state party to the International Covenant on Civil and Political Rights, the Islamic Republic of Iran is obligated to ensure non-discrimination under Articles 2 and 26 and freedom of thought, conscience and religion under Article 18. Article 18 specifically protects the right of a person to change their religion.

Since the lifting of international sanctions under the Joint Comprehensive Plan of Action (JCPOA), governments worldwide have been showing a commitment to improving relations with Iran and developing business opportunities. In June 2016, for example, the European Parliament published an analysis of EU-Iran relations in the wake of the nuclear agreement, entitled “An EU strategy for relations with Iran after the nuclear deal”. The strategy disappointingly includes very little mention of human rights.

We suggest the following response from the international community and the Islamic Republic:

(1) Governments should factor human rights, including the rights of religious minorities, into all bilateral dealings with the Islamic Republic. Governmental agencies should explore avenues beyond dialogue alone to ensure human rights violators are held accountable and that trade and diplomatic relations do not contribute to further abuses.

(2) The Secretary General and newly appointed Special Rapporteurs on freedom of religion and human rights in Iran should monitor and report extensively on violations of freedom of religious of people in Iran, in accordance with their mandates before the United Nations.

(3) The Islamic Republic of Iran must ensure that the values enshrined in the Iranian Constitution, the Universal Declaration of Human Rights, and the International Covenant on Civil and Political Rights are upheld and that the right to freedom of religion and belief, including the right of conversion and of non-belief, for all its citizens and residents of the country to be respected.