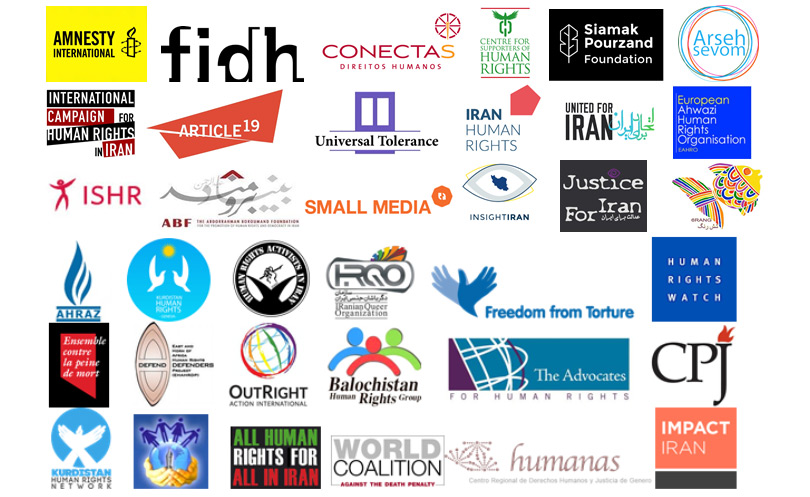 To: Member States of the UN General Assembly

We, the undersigned human rights and civil society organizations, urge your government to vote in favor of Resolution A/C.30/70/L.45 on the promotion and protection of human rights in the Islamic Republic of Iran. This vote will take place during the 70th session of the United Nations General Assembly (UNGA), scheduled for the Third Committee on Thursday, 19 November 2015.

In September and October, the UN Secretary-General and the UN Special Rapporteur on the situation of human rights in the Islamic Republic of Iran, each reported on a range of practices in the country that seriously undermine the rights to life, freedom from torture, freedoms of expression, association, peaceful assembly, and religion and belief, the right to a fair trial as well as the rights to education and health. The Special Rapporteur also cited discrimination based on gender, religion, and ethnicity. Notwithstanding Iran’s 2002 standing invitation to the United Nations’ Special Procedures, and despite their numerous and repeated requests to visit the country, none of these special procedures, including the country rapporteur, have been allowed to visit for the past 10 years. Furthermore, the authorities have systematically worked to undermine the efforts of Iranian civil society to promote and protect international human rights standards.

Despite these many human rights concerns, Iranian authorities have rejected in full or in part the majority of the recommendations made during the second cycle of the Universal Periodic Review (UPR), and undertook notably fewer voluntary commitments than they had in the first cycle. Indeed, they rejected nearly all recommendations regarding civil and political rights in full or in part.

The continued attention of the international community is required if Iran is to end this pattern of abuse and noncooperation. UN Member States should express their concern about these violations. In doing so, States show support for civil society as well as for those in positions of authority who wish to see improvements in the human rights situation. By voting in favor of the resolution, states will encourage Iran’s government to prioritize human rights and to advance and protect the rights of Iran’s population.

The country has had a disturbing escalation in the use of the death penalty, with at least 830 people executed between 1 January and 1 November 2015. There were reports of executions of at least four juvenile offenders. Iranian authorities executed Fatemeh Salbehi on 13 October for a crime she allegedly committed at age 17. She was convicted of killing her husband, whom she had reportedly been forced to marry when she was just 16. Several UN Special Rapporteurs subsequently denounced this execution of a juvenile offender and lack of judicial leniency given that Salbehi experienced domestic abuse, including forced early marriage.

The vast majority of executions in Iran are for crimes such as drug-related offenses where international law clearly prohibits the death penalty, as the offenses are not ‘the most serious crimes’. Iranian law maintains the death penalty for financial crimes and for acts that should not be considered criminal at all including “insulting the Prophet of Islam,” and consensual sexual relations between adults, including for adultery and certain same-sex relations. Some individuals may also have been executed for peacefully exercising their rights to freedom of expression, association, and assembly. Others, including a spiritual teacher, Mohammad Ali Taheri, remain on death row for peacefully exercising their rights to freedom of belief. Executions based on national-security-related charges that may be politically motivated appear to be carried out disproportionately against members of Iran’s ethnic minority communities, including Ahwazi Arabs, Azerbaijani Turks, Kurds, and Baluchis, who experience widespread discrimination in law and practice, including in the enjoyment of their economic, social and cultural rights.

UN bodies and human rights organizations have expressed grave concerns for hundreds of activists, journalists, human rights defenders, women’s rights advocates, trade unionists, lawyers, students, artists, and members of ethnic and religious minorities languishing in arbitrary detention. Iranian detainees and prisoners persistently face the risk of torture or other ill-treatment, including prolonged solitary confinement and denial of medical treatment. They are regularly denied access to legal counsel, in breach of their right to a fair trial. Many detainees are prosecuted under vaguely defined national security charges, which are routinely used to silence peaceful expression, association, assembly, and religious activity.

At the start of November, Iran’s Revolutionary Guard arrested at least five journalists, including Isa Saharkhiz, Ehsan Mazandarani, Afarin Chitsaz, and Saman Safarzaee. According to Isa Saharkhiz’ son, he is facing national-security-related charges. In an alarming set of cases, courts have imposed lengthy prison terms of 12 to 16 years on several young activists. For example, on 30 May, an artist and civil society activist, Atena Farghadani, was sentenced to over 12 years in prison for her association with families of the post-2009 presidential election protesters who died in detention, allegedly under torture, and for her artwork. The artwork included drawing and posting on Facebook a satirical cartoon that mocked Iranian lawmakers for their efforts to pass a bill that outlaws voluntary sterilization and restricts access to information about contraception.

Systematic discrimination and violence against women in law and practice also merits serious concern. For instance, married women do not have equal rights with their husbands, including with respect to divorce, child custody and inheritance, and must legally have their husbands’ permission to attend university, hold a job, or travel out of the country. In the past few years, the authorities have increased the discriminatory measures restricting women’s access to higher education, including imposing gender quotas. Women’s participation in society is also restricted through compulsory “veiling” laws that target women who fail to cover their head and conform to strict dress codes for harassment and imprisonment. Since 2012, state funding for Iran’s family planning program has been withdrawn, restricting access to affordable modern contraception for millions of women in the country. Two draft laws, the Bill to Increase Fertility Rates and Prevent Population Decline and the Comprehensive Population and Exaltation of Family Bill, would, if enacted, further erode women’s right to sexual and reproductive health, and entrench gender-based discrimination and violence, including domestic violence.

This resolution on the promotion and protection of human rights in Iran of the 70th UNGA is a vital opportunity for the international community to express human rights concerns. The resolution welcomes recent positive commitments by Iranian officials, while effectively drawing attention to the broad range of ongoing violations. Moreover, the resolution calls on authorities to cooperate with all UN Special Procedures, including the Special Rapporteur on the situation of human rights in the Islamic Republic of Iran.

Substantive cooperation with UN mechanisms and tangible rights improvements in line with Iran’s international legal obligations are the real measures of progress. By voting in favor of this resolution on Thursday, 19 November 2015, the UNGA will send a strong signal to the government and everyone in Iran that the world is invested in genuine human rights improvements in the country.

Association for Human Rights of the Azerbaijani People in Iran

Stéphanie David, Representative to the United Nations in New York