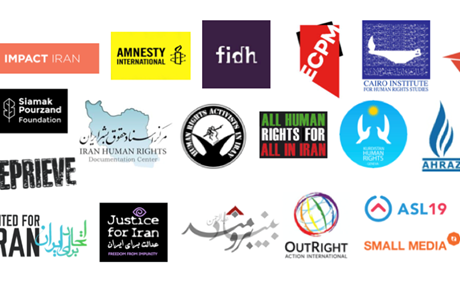 The undersigned regional and international civil society organisations call on member states of the UN Human Rights Council to urgently convene a Special Session on the situation of human rights in Iran in order to respond to the unfolding grave human rights crisis born out of the repression of nation-wide protests, which started on 15 November 2019 and continued for at least five days.

Human rights monitors have documented a brutal crackdown in the country since 15 November, including the unlawful use of lethal force against  protesters, resulting in at least 304 deaths, based on credible reports received by Amnesty International; the arrests of thousands of protesters, some of whom may face death sentences, others of whom have been forcibly disappeared or otherwise arbitrarily detained and denied access to their families and lawyers of their own choosing. The authorities’ violent repression, including unlawful killings, took place under the cover of a near total shutdown of the global Internet in Iran.

The UN High Commissioner for Human Rights has expressed concern at reports of ill-treatment and deaths in custody. Iran’s well documented record of denying detainees due process rights from the time of arrest and its failure to uphold fair trial standards, coupled with Iranian officials calling for charges that carry the death penalty against protest “leaders”, create an urgent concern for the fate of those arrested.

The Human Rights Council should respond promptly to this human rights emergency through the convening of a Special Session, in order to mandate an independent inquiry and to call for accountability for the violations of human rights occuring in the framework of the repression of protests, and to fulfil its preventive mandate by preventing further violations of the rights of detainees and others, who are at imminent risk, in line with General Assembly resolution 60/251 of 15 March 2006.

Repression of peaceful protests, including through the massive use of lethal force

Iranian security forces’ horrific killing spree has taken place with complete impunity. From 15 November 2019, they used lethal and excessive force to crush protests that took place in more than 100 cities across Iran and unlawfully killed and injured protesters. The number of people believed to have been killed during the demonstrations has risen to at least 304, based on credible reports received by Amnesty International, though the real death toll is likely to be significantly higher.

Horrific accounts from eyewitnesses and victims’ relatives, information gathered from human rights activists and journalists outside Iran and extensive verified video footage all provide clear evidence that the security forces have used firearms against protesters who posed no imminent threat to life. The scale of lethal force and other unnecessary or excessive force used against unarmed protesters is an escalation of past abusive practices of Iran’s security forces, who have previously unlawfully killed and injured protesters with impunity.

The High Commissioner for Human Rights noted that at least 7,000 people have reportedly been arrested.

Within 48 hours of the start of the protests, the authorities implemented a near total shutdown of global Internet communications, cutting off nearly all means of online communications for people inside Iran. The National Information Network, which kept domestic platforms online throughout the shutdown, is known to be monitored by Iranian officials. The resulting information blackout was a deliberate attempt by the authorities to prevent people from sharing images and videos of the deadly force being used by security forces. Shutting down communications over the Internet is a systematic assault on the right to freedom of expression, which includes the right to seek, receive and impart information and ideas through any media. This has placed barriers to international monitors – including UN human rights experts – and their efforts to document the unfolding situation in the country. To this date, authorities have refused to announce the total number of those killed during the crackdown.

Concerns regarding the situation of prisoners

Amongst the thousands detained since the protests began are journalists, students and human rights defenders. The undersigned organizations are seriously concerned about the fate and whereabouts of the detainees. While some have been released, many of the detainees remain forcibly disappeared or have otherwise been arbitrarily detained and denied access to their families and lawyers of their own choosing. Harrowing reports show that some detainees have been subjected to torture and other ill-treatment in detention centres and prisons. Consistent with past patterns of abuse, the authorities have broadcast the “confessions” of several detainees likely obtained under duress or torture and other ill-treatment.

Various statements by government officials, including by the Supreme Leader and head of judiciary, have called protesters “villains” and “rioters” and associated protesters with foreign powers. The Iranian authorities have also called for the executions of protest “leaders”.

The head of the Public and Revolutionary courts in Tehran has stated that “special branches will be formed in the courts, and with speed and care judicial decision-making will take place” in reference to plans to prosecute protesters who have been arrested, raising concerns that defendants will be tried unfairly by these special courts. Authorities have previously used such special courts to deny defendants’ access to lawyers of their own choosing and the right to appeal.

We regard these statements, along with the mass arrests across the country, as warning signs. They point to the imminent risk of further mass violations of due process and fair trial standards, which would result in yet more cases of arbitrary detentions, torture and other ill-treatment and possibly death sentences.

Call for a Special Session

In light of these grave concerns, the undersigned organisations urge the members of the UN Human Rights Council to convene a special session of the HRC in order to seize itself of this situation, with the aim of:

Centre for Supporters of Human Rights

ECPM – Together against the Death Penalty