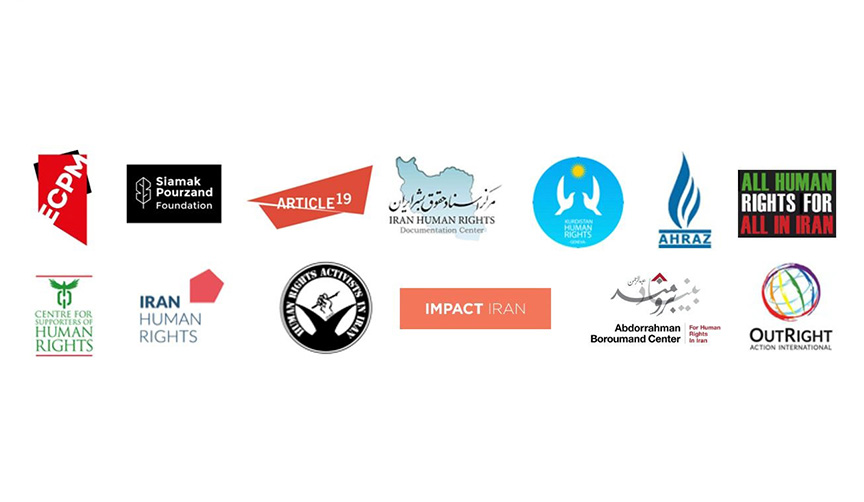 In the joint open letter below, 13 civil society organizations monitoring the situation of human rights in Iran urged the country directors of UN agencies in the Islamic Republic of Iran to live up to the UN’s promise to put human rights up front as they are developing a new cooperation framework between the United Nations (UN) system and the Islamic Republic of Iran.

We, the undersigned civil society organizations monitoring the situation of human rights in Iran, urge you to live up to the UN’s promise to put human rights up front as you are developing a new cooperation framework between the United Nations (UN) system and the Islamic Republic of Iran.

Human rights, including gender equality and freedom from discrimination, as core values of the UN and as cornerstones of inclusive and sustainable development, leaving no one behind, must be part and parcel of the UN’s Common Country Analysis (CCA) and of the new UN Sustainable Development Country Framework (UNSDCF). UN agencies should use all leverages they have to promote and protect human rights in the framework of their field activities in Iran.

Furthermore, as civil society monitors documenting the situation of civil and political, economic, social and cultural rights in Iran, and the enjoyment of these rights by all in Iran, irrespective of – among others – their gender, ethnicity and language, religion or belief, migration status, disability, political opinion, sexual orientation or gender identity, we expect and respectfully demand to be involved in the process, in line with paragraph 7 of the Internal Guidance for the UN Sustainable Development Cooperation Framework and with the Common Minimum Standards for Multi-Stakeholder Engagement in the UN Development Assistance Framework.

We regret that the current UN Development Assistance Framework (UNDAF), signed between the Islamic Republic of Iran and 15 UN agencies in 2015 had marked the UN system’s failure to acknowledge and address core human rights issues as part of its activities in Iran. These issues, abundantly documented by our organizations and by the UN system itself, are key obstacles to inclusive development leaving no one behind and seriously undermine the realization of a large number of Sustainable Development Goals in Iran. Then UN Secretary-General Ban Ki-moon himself expressed his “disappointment” that the current UNDAF with Iran “lacks reference to human rights and gender equality… given the serious human rights situation in the country” . Now that resident and non-resident UN agencies are embarking into a process of elaborating a new development cooperation framework, it is of crucial importance that concrete and timely steps are taken to ensure that failures from the past would not be repeated a second time.

In line with the UN Secretary-General’s call to breakdown internal siloes within the UN and to put “human rights up front”, UN resident agencies in Iran must fully integrate a human rights approach into their work and operations. As these agencies are cooperating with local and national authorities, are interacting with law-enforcement agencies and other segments of the state apparatus, they have a responsibility to uphold, promote and protect human rights in their work.

The Islamic Republic of Iran is bound by international obligations as a party to most core human rights treaties, and there is no reason why key terms and phrases such as “human rights”, “freedom from discrimination” and “gender equality” should be absent from the main document governing its cooperation with the United Nations. The UN Secretary-General, the UN High Commissioner for Human Rights, the UN Special Rapporteur on the situation of human rights in Iran, UN treaty bodies and special procedures, the UN General Assembly and the UN Human Rights Council have all persistently expressed serious concerns at the dire human rights situation in Iran. Therefore, a failure from the UN system to, within its cooperation framework, acknowledge, mention and seek to address the gross and numerous violations of human rights and discriminatory laws, policies and practices that stand in the way of inclusive and sustainable development for the people in Iran would stand in stark contrast with and undermine the work of the UN’s own experts and bodies on the country. It would also cause deep disappointment and concern for civil society organizations and the general public at a time when the worsening human rights crisis in Iran requires urgent and concrete action.

A first step to uphold human rights is for UN agencies to consult, involve and listen to the input from independent human rights monitors both within and outside the country.

We stand ready to participate in this process, as per the aforementioned UN internal standards, and to support the mainstreaming of a human rights approach to the many development challenges that people in Iran are facing.