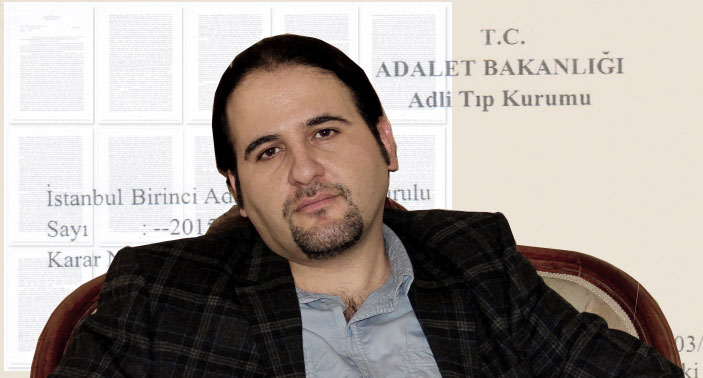 The body of Seyed Jamal Hosseini (Esfandiar Baharmas) had been found on August 5, 2014 at his home in Nevshehir in Turkey. Human Rights Activists in Iran had then in a statement stated that regarding the conditions there had to be investigations about his death which has been done by the Turkish authorities.

After almost a long time the inquiries were finished in the beginning of April 2015 and the outcome was turned in to our lawyers on May 13, 2015. Though this outcome is the longest official statement by the Turkish authorities, it is very essential in the investigations about Mr. Hosseini’s death.

The report consists of 15 pages and has been written by the forensics of Istanbul in accordance with the order of the prosecutor of Nevshehir and includes testimonies of witnesses, the report of the police, the report of the forensics of Ankara and Istanbul and different experts like histopathology and chemistry experts. The report has been signed by 6 doctors including 3 experts of forensics, an internal medicine specialist, a pathology specialist and a cardiologist.

The forensics has stated that after autopsy there were no reasons seen which would justify a theory of murder or an unnatural death. Neither there were any signs of use of drugs or alcohol or suicide. However they “were not able to find the reason of Seyed Jamal Hosseini’s death.”

The reports says that the reason of this disability is the late delivery of the body to the forensics despite the warm weather. Whereas the report states that Seyed Jamal Hosseini has died in a time frame between 00:00 and 06:00 of August 5th and the police were there some hours after his death at 10:00. However for unknown reasons the body was delivered to the forensics with a delay of 3 days on August 8th.

Human Rights Activists in Iran pays tribute to Seyed Jamal Hosseini and thanks the prosecutor of Nevshehir for his full cooperation on this case. We believe that despite offering several details the report is not adequate in explaining the reason of Mr. Hosseini’s death. We will try to by consulting with our lawyers, take the legal steps for more clarification about Seyed Jamal Hosseini’s death.