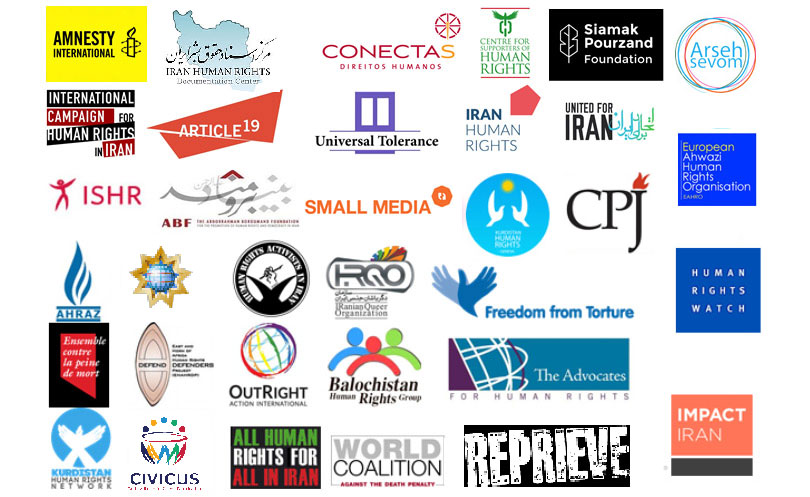 To: Member States of the UN Human Rights Council

We, the undersigned human rights and civil society groups, write to you to call on your government to support the resolution to renew the mandate of the Special Rapporteur on the situation of human rights in the Islamic Republic of Iran at the 31st session of the United Nations Human Rights Council.

The recent nuclear accord between Iran and the P5+1 provides the international community with an opportunity to focus attention on the chronically dire human rights situation in Iran. Despite repeated recommendations from UN treaty bodies, the UN Secretary General and the UN Special Rapporteur on Iran, no significant progress on human rights has materialized in Iran. Those living in the country continue to suffer from serious and systematic violations of their civil and political rights, while the economic, social, and cultural rights of several groups remain severely restricted.

The authorities of Iran also continue to impose death sentences for crimes that are either vaguely worded and overly broad, such as “enmity against God” and “spreading corruption on earth”, or do not constitute recognizable criminal offences under international law such as “insulting the Prophet” and “adultery.” Mohammad Ali Taheri, the spiritual leader of Erfan-e Halgheh group, for example, who has been held in solitary confinement in Evin Prison for nearly five years, remains at the risk of being sentenced to death for “spreading corruption on earth”. Iranian law also retains the death penalty for consensual same-sex sexual relations between adults.

The country has also continued to brazenly disregard its obligations under international law and the absolute prohibition under customary international law on the use of death penalty against juvenile offenders (people younger than 18 at the time of the crime). The execution of at least four juvenile offenders were reported in 2015: Javad Saberi, Samad Zahabi, Fatemeh Salbehi and Vazir Amroddin. Amnesty International has also recorded at least seven cases of juvenile offenders who were granted a retrial following the 2013 reforms to the country’s Islamic Penal Code, but were resentenced to death after courts concluded that they had attained “mental maturity” at the time of the crime.

The rights to freedom of expression, association and peaceful assembly, as well as freedom of the press, remain heavily curtailed in Iran, with hundreds of activists, journalists, bloggers, human rights defenders, women’s rights advocates, trade unionists, lawyers, student activists, artists, and members of ethnic and religious minorities arbitrarily detained and given increasingly harsh prison sentences, often for trumped up national security-related charges. According to the October 2015 report of the UN Special Rapporteur on Iran, “the judiciary continues to impose heavy prison sentences on individuals who peacefully exercise these rights.”

Likewise, in his February 2015 report, the UN Secretary-General expressed concern at the shrinking space for human rights defenders, who continue to face harassment, intimidation, arrest, and prosecution for their work in defending human rights and speaking up against violations and abuse. These include human rights defender Narges Mohammadi and human rights lawyer Abdolfattah Soltani, who are serving prison sentences of six years and 13 years, respectively; both have been convicted of charges including “gathering and colluding to commit crimes against national security” and “spreading propaganda against the system,” in connection with their peaceful human rights activism. Authorities also continue to indiscriminately block access to Facebook, Twitter, and other social media platforms, as well as close or suspend media outlets, and jam foreign satellite television stations.

The Iranian authorities continue to prevent the formation of independent trade unions and repeatedly arrest labor leaders in contravention to the right to freedom of association. In February 2016, a Revolutionary Court in Tehran sentenced Esmail Abdi, Secretary General of Iran’s teachers association, to six years’ in prison for “spreading propaganda against the state” and “gathering and colluding against national security.”

Judicial proceedings in Iran, including those resulting in a death sentence, continue to fall woefully short of international fair trial standards. Prior to trial, individuals are frequently detained for weeks or months during which they have little or no access to lawyers or their families. A new Code of Criminal Procedures, which came into effect in June 2015, entitles the accused to request a lawyer from the time of arrest and requires the authorities to inform the accused of this right. However, regressive amendments to the Code in June 2015 removed the provision that rendered investigations void in the case of failure to respect the right to access a lawyer. Moreover, under these amendments, individuals facing charges including those related to national security are not permitted to access an independent lawyer of their choice at the investigative stage; instead, they can only choose from a pool of lawyers pre-approved by the Head of the Judiciary.

Violence and Discrimination against Women and Girls

Concerns previously expressed by human rights organizations over systematic discrimination and violence against women and girls also persist. Married women do not have equal rights with respect to divorce, child custody and inheritance, and must legally have their husbands’ permission to study, hold a job, or travel out of the country. Iran has no anti-domestic violence law. Compulsory “veiling” (hijab) laws continue to empower security forces to target women for harassment, violence, and prosecution. Women are barred from attending major sporting events and from assuming certain public posts, such as judges. Since 2015, Iran’s Parliament debated several draft laws that would further erode women’s rights if passed, including the Bill to Increase Fertility Rates and Prevent Population Decline, which would block access to information about contraception and outlaw vasectomies and tubectomies. The Comprehensive Population and Exaltation of Family Bill would require all private and public employers to discriminate on the basis of gender, marital, and parental status in recruitment, giving priority to married men with children.

Women and girls also remain inadequately protected under the law and remain at risk of sexual and other violence, including domestic violence, marital rape, and early and forced marriage. The legal age of marriage for girls is 13 years, but girls under this age can be married to a person chosen by their father or their paternal grandfather with a court permission. According to the Annual Statistical Report of the National Organization for Civil Registration, at least 40,404 girls between the ages of 10 and 14 married between March 2014 and 2015

Iran’s ethnic, religious and linguistic minority communities face persistent discrimination and persecution. Disadvantaged and marginalized ethnic groups, including Ahwazi Arabs, Azerbaijani Turks, Balochis, Kurds, and Turkmen, continue to face discrimination, particularly in access to education, employment, political office, and the enjoyment of cultural and linguistic rights. Kurdish language and literature programs were recently introduced to the curriculum of some high schools and universities in Iran’s Kurdistan Province. Ethnic minorities, however, remain unable to use their own language as a medium of instruction for primary education. Those who call for greater cultural and linguistic rights often face arrest, imprisonment, and in some cases the death penalty. Members of religious minorities, including Baha’is, Sufis, Yaresan, Christian converts from Islam, Sunni Muslims, and Sunni converts from Shi’a backgrounds, continue to face discrimination in employment, education, and freedom to practice their faith. Baha’is remained deprived of access to higher education institutes. Dozens of Baha’is and Christian converts and members of other religious minorities were also arrested and imprisoned in 2015.

With human rights violations continuing at full force in Iran, it is essential that the Human Rights Council keeps sustained attention on the situation of human rights in Iran and urges much needed and long overdue legal changes and reforms. The Special Rapporteur’s comprehensive reporting has provided an impartial assessment of the nature, gravity, and scale of human rights violations in Iran. It has also compelled the authorities to address the grievances of those who have borne the brunt of human rights abuses.

Renewal of the Special Rapporteur’s mandate will send a powerful signal to the Iranian authorities that these human rights violations will remain a matter of pronounced concern, globally and for the Council, until meaningful, tangible improvements are made.

We urge your government to strongly support the renewal of the mandate.

Association for Human Rights of the Azerbaijani People in Iran

Renate Bloem, Main Representative to the United Nations in Geneva